The Truth About Marijuana and Opioids

Sorting Through The Misinformation.
I am a Colorado educator and the CEO and cofounder of the Marijuana Education Initiative (MEI). For the last three years, I have focused on developing and implementing marijuana-specific youth prevention and intervention curricula. MEI is dedicated to ensuring that youth, educators, parents, and communities have the necessary information to make informed decisions about marijuana. Most importantly, we work to ensure that youth understand how important it is to delay their initial use of marijuana until critical brain development is complete.

For the past year, I have heard U.S. Attorney General Jeff Sessions discuss marijuana in the same context as opiates, implying that use of the one leads to use of the other. On January 4, 2018, Attorney General Sessions rescinded the Cole Memo, a U.S. Department of Justice memorandum that governed federal prosecution of offenses related to cannabis and policy that essentially allowed marijuana legalization to move forward across the United States. I believe in empowering people with accurate and science-based information so that they can make informed decisions. I am extremely concerned about the misinformation being promoted by Jeff Sessions in regard to marijuana use and the opioid epidemic. Sessions’s statements not only are poorly informed but may also lead to confusion and misunderstanding among citizens across the country. At MEI, our mission is to empower by way of accurate information, and in keeping with that approach, I want to bring our expertise and experience to bear to dispel the misinformation surrounding this topic.

Marijuana use does not directly lead to heroin use or addiction. The path to heroin addiction is lined with prescription painkillers such as Oxycontin. In the book Dreamland: The True Tale of America’s Opiate Epidemic—a book I highly recommend—author Sam Quinones explains that prescription pain pills contain drugs that are molecularly similar to heroin. People take these drugs believing it is okay or safe because they are prescribed by a doctor. However, at some point they become addicted to the opioid substances, and when the prescription runs out and they can no longer regularly get the pills, heroin becomes the fallback drug. According to the Centers for Disease Control and Prevention, from 2000 to 2015 more than half a million people in the United States died from drug overdoses, with approximately three-fourths of these deaths caused by opioids, including prescription painkillers and heroin; not a single one of the half million deaths was caused by marijuana. Currently, an estimated 91 people die every day from an opioid overdose.

A person cannot die from a marijuana overdose. Marijuana stimulates cannabinoid receptors located in the body; there are no cannabinoid receptors in the brainstem, the area of the brain that controls basic bodily functions such as respiration and heart rate. Opioid receptors, however, are located in the brainstem, which accounts for the danger associated with opioid overdose.  The brainstem controls the flow of messages between the brain and the rest of the body.  It controls basic body functions such as breathing, swallowing, heart-rate and blood pressure, functions that are vital to life.  Opioids in high amounts can cause respiratory suppression, brain damage, and death by disrupting these vital functions. In contrast, marijuana ingestion cannot cause someone to stop breathing, regardless of how much cannabis that person ingests. In addition to not being fatal, preliminary data suggest that marijuana might reduce the call for opioids in pain management.

According to a study by the American Journal of Public Health, legalization of cannabis in Colorado was associated with short-term reductions in opioid-related deaths. Preliminary numbers show that opiate overdose deaths have fallen by more than 6 percent since Colorado legalized recreational marijuana in 2014. Although this is still preliminary data and many more studies need to be done, the use of marijuana to replace opioids for pain reduction appears to be a positive shift in the battle against the opioid epidemic. Adult consumption of marijuana for pain management is just one way that marijuana is used as medicine.

Individuals, adults and youth, use marijuana for legitimate medicinal purposes. Research continues, but anecdotal evidence demonstrates that marijuana can be an effective remedy for a number of illnesses. Nonsmokable products are frequently employed to treat health conditions such as childhood epilepsy and cancer, and medical marijuana can ease the effects of post-traumatic stress disorder and reduce the suicide rate among soldiers returning from war. Medicinal products are typically high in cannabidiol (CBD; a nonpsychoactive substance in marijuana known for its therapeutic effects) and low in tetrahydrocannabinol (THC; the psychoactive ingredient in marijuana). Patients who use nonsmokable products such as tinctures or oils high in CBD and low in THC benefit from the medicinal components of the cannabis plant without getting “high.” Medicinal marijuana is vital to the health, well-being, and even survival of many across the country. The reversal of the Cole Memo puts these medicinal marijuana users at risk of losing access to effective treatment.

At MEI, we believe strongly in supporting people to make informed decisions by providing science-based information. Recreational marijuana is not intended for youth because of the detrimental effects associated with early recreational use. But we cannot stress enough that marijuana is not a lead-in drug to heroin use and it should not be demonized as such. To overlook the true culprit in the opioid epidemic—prescription painkillers—not only serves an injustice to the American people but also puts our country on a path toward increased opioid addiction and loss of lives.

For more information on the legal and financial implications of Jeff Sessions’ actions please see our blog The Jeff Sessions Memo. 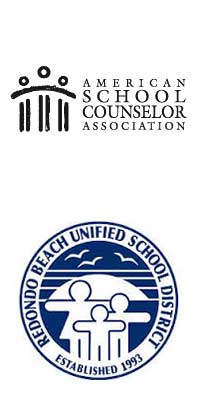